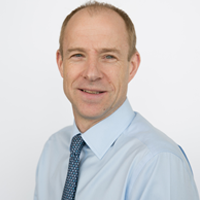 James Chappell is a qualified accountant who works as a research analyst in the asset management industry. He lives in Wimbledon with Harriet and their three children (aged 17, 15 and 14); all three have coeliac disease. They have been living with coeliac disease for 14 years as their children were diagnosed at a very young age. James hopes that this experience and his financial background will be beneficial for the Charity.

Margaret Morgan has worked in communications for the ethical pharmaceutical industry all her professional life. As a result she has a wide ranging understanding of health issues, and an appreciation of the broad social, political and economic trends which influence practice and delivery. A great deal of her experience has been gained working with national and international patient advocacy and support groups.  Margaret, who has coeliac disease herself, lives in Somerset. She is a Director of Evolving Communities, the CIC responsible for Healthwatch in Somerset, in Gloucestershire and in Dorset and is Vice Chair of Governors at her local primary school. She is keen to support Coeliac UK by bringing her experience and knowledge to the role to help, support and improve the healthcare "journey" for people with coeliac disease, and their families and friends. 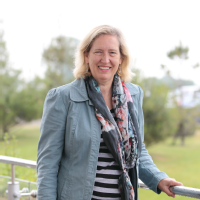 Claire Andrews is a barrister at Gough Square Chambers. Called to the Bar in 1979, Claire advises and acts for businesses, consumers and enforcers on consumer related and regulatory issues. Claire specialises particularly in food law and food hygiene, product safety, advertising and labelling. She was recently appointed as the general editor of Butterworth's Law of Food and Drink, and is a qualified arbitrator and mediator. Additionally Claire sits as a First Tier Tribunal judge in the Health and Social Care Chamber. 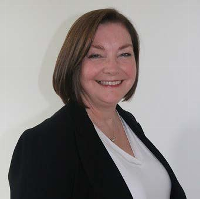 Maureen Burnside has over 30 years of experience as a solicitor, specialising in corporate and commercial law. She has knowledge of the food sector though seven years' working in the FMCG (Fast Moving Consumer Goods) sector, latterly as Senior Legal Counsel with Muller, and before that she was a partner for nearly 20 years in one of Scotland's top law firms. She combines a strong knowledge of commercial law with a practical, commercial approach to its application.

She is now providing consultancy legal services to FMCG companies whilst helping manage the family farm in Scotland, which gives her time to offer her skills to charities such as Coeliac UK. She was diagnosed with coeliac disease three years ago but is very familiar with the disease and its challenges as her mother was diagnosed over twenty years ago. 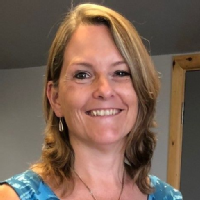 Fiona Fowler is a versatile Chartered Accountant with 25 year of industry experience, including a number of roles at CFO and CEO level.

A problem solver and organiser with exceptional communication and leadership skills, she currently provides consultancy, interim management and business mentoring to a number of businesses.

Fiona has previously been a Director for a gluten free food manufacturing company and while not coeliac herself, has eaten gluten free for health reasons for many years. 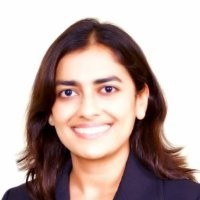 Angeli Hemnani is a financial analyst with over 20 years experience in research and strategy, having worked with leading investment banking firms in Asia, Europe and West Africa.  She holds a Masters degree in Finance from the London Business School and a Bachelors degree in Economics from the London School of Economics.

Angeli lives in London and is married with two children, one of whom was diagnosed with coeliac disease at the age of 7. As such, she is deeply passionate about the essential role of Coeliac UK and hopes to use her skills and experience to contribute towards the charity’s growth, financial stability, robust risk management and strong governance. 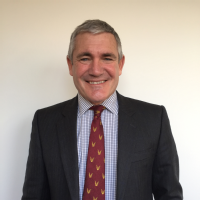 Les O'Dea is currently following his great passion and works as a flying instructor in High Wycombe. He is experienced in the charity sector, having served on the Executive Boards of the sport volunteering charity Join In where he was the Chief Operating Officer, and Comic Relief where he was the Operations Director. Prior to that he had a long and highly successful career spanning a wide variety of responsibilities within the RAF, in Tri-Service appointments and in international representative roles.

Les' wife, Jacquie, has coeliac disease so he has seen at first hand the impact that the disease has and the challenges of maintaining a gluten free diet. 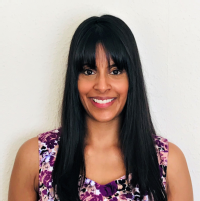 Anita Patel is a GP based in the Midlands. With a personal interest in lifestyle medicine, she uses her knowledge to educate patients on how diet and food can affect health and wellbeing. She was diagnosed with coeliac disease in 2010, and her sister soon after. Thereafter followed a period of learning and passing on information on what a gluten free diet involves to both family and friends.

As a Trustee for Coeliac UK Anita hopes to assist in developing strategies to increase awareness in both the general population and health professionals, so that people are diagnosed and treated earlier. Both her background and her work as a GP means she has insight into the ever changing environment of the NHS, Clinical Commissioning Groups and healthcare services, and enables her to bring her unique perspective, as both a healthcare professional and patient, to the charity. 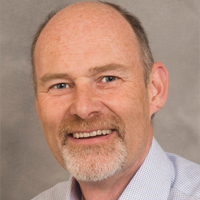 Alan Perkins is a Professor of Medical Physics at the University of Nottingham and Honorary Consultant Clinical Scientist, Nottingham University Hospitals NHS Trust. Professor Perkins is also a member of Coeliac UK having been diagnosed with coeliac disease in 2010 after a brief period of acute anaemia. This was the first time in his life he had been a patient in the hospital he had worked in for 30 years. He also holds the position of Chair of our newly formed Research Strategy Board (RSB) to which he brings not only a personal insight into the condition but vast expertise in research, and along with the Board, will help us to work towards a step change in research into coeliac disease.

Professor David Sanders is a General Luminal Gastroenterologist with a particular interest in coeliac disease, irritable bowel syndrome and novel endoscopic techniques including enteroscopy. He is currently an Honorary Professor with the University of Sheffield and practices at the Royal Hallamshire Hospital. Alongside his duties as a gastroenterologist, David is also a contributor/co author to NICE guidelines on coeliac disease and has won several prestigious awards such as the European Rising Star Award in Gastroenterology (ASNEMGE) in 2010 and Cuthbertson Medal in 2011.

With his extensive experience in the field of research and his positions as chairman of the British Society of Gastroenterology (BSG) Small Bowel and Nutrition section and chair of Coeliac UK’s Health Advisory Council (HAC) David is an invaluable source of information for the Charity’s research work into coeliac disease.

Reshma Shah is a qualified accountant with 20 years industry experience within the fields of Risk Management and Internal Audit working in senior roles across a variety of sectors including Banking and Health Care. Reshma has coeliac disease, has been volunteering for the charity for nearly five years and is a member of the Harrow Local Group Committee. She believes that her passion for the charity combined with her experience of living with coeliac disease, as well as a strong working knowledge of risk management, internal controls and governance will mean that she can make a valuable contribution as a Trustee of Coeliac UK.