The symptoms of non coeliac gluten sensitivity may be similar to those experienced by people with coeliac disease, but it is not clear how the immune system might be involved and there does not appear to be damage to the lining of the gut.

What is the difference between the conditions?

Coeliac disease is a well defined, serious illness where the body’s immune system attacks itself when gluten is eaten. This causes damage to the lining of the gut and means that the body cannot properly absorb nutrients from food.

Coeliac disease is not a food allergy or intolerance, it is an autoimmune disease.

Wheat allergy is a reaction to proteins found in wheat, triggered by the immune system and usually occurs within seconds or minutes of eating.

Non coeliac gluten sensitivity is when symptoms similar to coeliac disease are experienced, but it is not clear how the immune system might be involved because no antibodies are produced, and there does not appear to be damage to the gut lining. 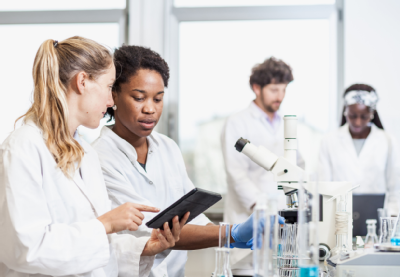 Some researchers define non coeliac gluten sensitivity as an improvement in symptoms when following a gluten free diet. However, it is difficult to rule out the possibility of a placebo effect.

There is also some debate around whether gluten is the cause of the sensitivity or if other components are to blame. These components are also removed from the diet when gluten containing ingredients are removed, for example Fermentable Oligo- Di- Mono-saccharides and Polyols (FODMAPs) and other non gluten proteins found in wheat.

What should you do if you think you may be non coeliac gluten sensitive?

If you are experiencing symptoms when eating foods that contain wheat, barley, rye or oats and think you may have a sensitivity to gluten, it’s important to first rule out coeliac disease.

We do not recommend trying a gluten free diet as a first option if you are experiencing symptoms because this could prevent a coeliac disease test from giving you an accurate result.

Check if your symptoms are related to coeliac disease by taking our online assessment. If the results are positive, you can take them to your GP to ask for further testing for coeliac disease. It’s essential to keep eating gluten for the tests to work.

If you get a negative test result for coeliac disease and other causes of your symptoms have been ruled out, you might wish to discuss the possibility of non coeliac gluten sensitivity with your healthcare team.

If you need to follow a gluten free diet, we can help you get the hang of it. We help everyone who needs to live gluten free live happier, healthier lives. Find out more.