There are a number of different conditions associated with coeliac disease, from other autoimmune conditions to complications like osteoporosis.

It has been suggested that the chance of developing other autoimmune disorders is increased when diagnosis of coeliac disease is delayed. This may be because of the exposure to gluten before going onto a gluten free diet.

NICE also recommends that testing for coeliac disease is considered in people with Down's syndrome and Turner syndrome.

Down’s syndrome is a genetic condition that typically causes some level of learning disability and characteristic physical features. Coeliac disease is more common in people with Down’s syndrome.

Turner syndrome is a genetic disorder that only affects females. It is associated with a wide range of symptoms and some distinctive characteristics. Coeliac disease is more common in people with Turner syndrome. 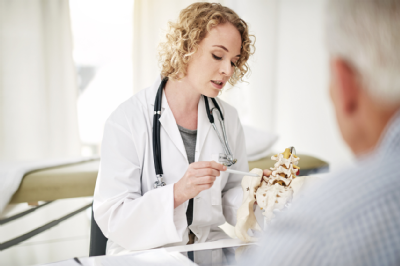 Undiagnosed and untreated coeliac disease may lead to developing osteoporosis, which is where the bones become thin and brittle. This is because you may not have been absorbing calcium properly for some time. Find out more about osteoporosis.

Lymphoma and small bowel cancer is a serious complication of coeliac disease. However, once someone with coeliac disease has been following the gluten free diet for three to five years, their risk of developing these specific types of cancers is no greater than that of the general population.

Autism spectrum disorder (ASD) is a common developmental disability that affects the way a person communicates and relates to people around them.