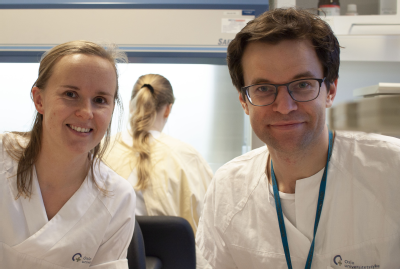 Hi! We are Asbjørn Christophersen and Louise Fremgaard Risnes, two postdoctoral researchers in Ludvig Sollid’s group in Oslo. Our research interest is focused around gluten specific T cells – the key immune cell type in coeliac disease. Asbjørn is a medical doctor by training and Louise is a molecular biologist, and we both obtained our PhD degrees in Ludvig’s group.

T cells talk to other cells that carry HLA molecules on their cell surface. These HLA molecules display protein fragments, which are recognised by receptors on the T cells (TCRs). In coeliac disease, gluten fragments are presented on HLA-DQ2 or HLA-DQ8 molecules (the ones that predispose people for developing the disease). The most powerful tool we have in the lab to study the disease relevant T cells is a reagent that we call HLA-DQ:gluten tetramer.

We make this reagent in the lab, it is made of HLA-DQ2 or HLA-DQ8 molecules bound to gluten fragments that we know activate T cells in coeliac disease. By attaching a dye we can see the T cells that bind the tetramers. 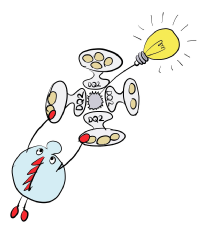 These tetramers can be viewed as a metal detector searching for coins on a sandy beach. Gluten specific T cells (the coins) can be found in blood (the beach) but are a very rare population (less than one in a million white blood cells). They are however much more frequent in the gut where the inflammation takes place.

We also use the tetramer method to study gluten specific T cells in more detail. An important feature of T cells is that they come in clones. Each T cell has a unique receptor (TCR) and a unique piece of DNA that is the recipe for the receptor. When an immune response takes place, T cells are activated and divide rapidly. This results in multiple copies of the same cell.

Cells with different receptors can recognise the same gluten fragments. When we add a dye to the tetramers, we stain a mix of several different T cell clones. Because the cells have divided, we also find multiple copies for each clone. In the past, T cells had to grow and divide in the laboratory for many weeks before we could look at their genes. The main work of Louise’s PhD degree, together with Shiva Dahal-Koirala and Shuo-Wang Qiao, who you will meet on Wednesday, was to establish a high throughput method for identifying the genes of the receptors for single T cells isolated directly from blood or biopsy samples.

We have discovered that the gluten specific T cells we detect in blood have the same receptors as cells from the damaged gut. These T cells persist in the body for decades and will be activated and divide in response to any exposure to gluten. We therefore think that the gluten specific receptors are strong indicators of disease and have the potential to be used for diagnosis. You will hear more about this on Wednesday. 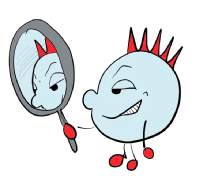 Asbjørn spent a year researching at Stanford University, USA, with Mark Davis’ group. He learned a new technique, mass cytometry, that allows us to detect many markers on cells. He combined this new technique with our tetramer method. He discovered that the gluten specific T cells have a very distinct profile that is typical of T cells that talk to B cells. Asbjørn is currently further exploring this method to learn the inner secrets of what we think is the culprit cell of coeliac disease.

What happens in the lead up to developing coeliac disease?

Some people have increased antibodies to transglutaminase, but no signs of damage to the gut. These individuals are often referred to, as having “potential coeliac disease” as we believe they are in the process of developing the condition. We do not know much about the activity of this stage of the disease. In the next phase of her research, Louise will focus on the role of gluten specific T cells in people with potential coeliac disease, to see how active these cells are before full blown coeliac disease with gut damage is established.

Removing the T cells – a new treatment for coeliac disease?

Due to their decade long persistence and the distinct profile of gluten specific T cells, removal of these cells could potentially be a way to treat coeliac disease. We have recently recruited two PhD students (Elio Magistrelli and Markéta Chlubnova) who will explore this therapeutic approach. We are excited at the possibility that one day, we may find a cure!