Telling your story is such an important part of our work. It helps us raise awareness by sharing your experiences and your story with people who might be experiencing the same thing.

It can have impact through the media, on our website or our social media channels, so that others can see what you're experiencing and see similarities in their own experiences. 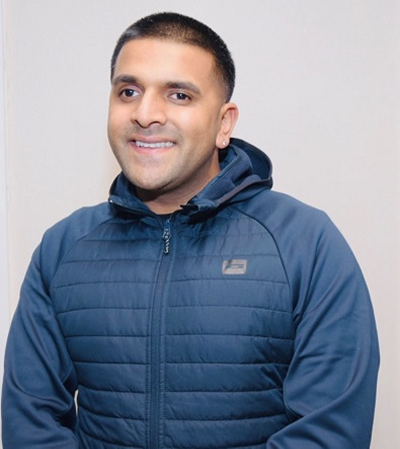 "I was first contacted by Coeliac UK to participate in a video to help launch their Research Fund. This was quite an experience, as I'd never done anything like this. But having shared it on social media with family and friends, I realised the impact of raising awareness with those who don’t know anything about coeliac disease and what we have to deal with – it was quite an eye opener!

I was also recently interviewed by Asian Voice magazine to help spread awareness to the Asian community. I cannot put into words the satisfaction I got helping to raise awareness about the condition and sharing my experiences to help others.

Men tend to soldier on suffering with symptoms as if everything is normal. I’m guilty of doing this and have done so most of my life! I'm not usually the type to openly speak about my life struggles but it has helped me to speak about my condition and would encourage more men to do the same and get involved with Coeliac UK.

Although being a case study may not be for everyone, I would certainly recommend it! It can help build confidence talking about it and the challenges faced both physically and mentally. Who knows, sharing your story, your experiences and knowledge could help someone you least expect - children, adult or even the elderly and help them learn about the symptoms or about the challenges of living on a gluten free diet for life.

Being involved as a Coeliac UK case study is definitely something I am very proud of and something I won’t forget!" 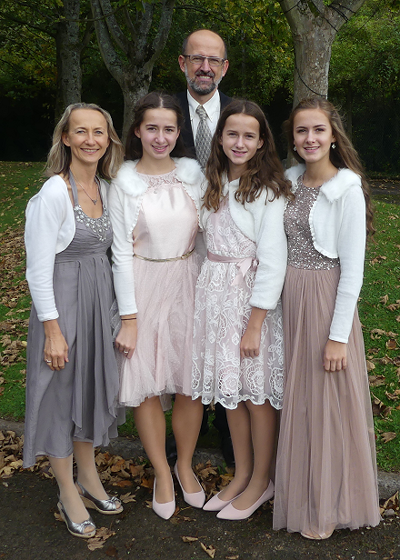 "Getting a diagnosis of coeliac disease for yourself or your child can sometimes feel like a lonely process. We wanted to be able to reach out to people, to let them know that they're not alone and that others have gone through similar experiences.

Coeliac disease affects people in different ways; to find a real life case you can relate to is at least as valuable as a list of symptoms. Reassuringly it puts a human face on the medical information. We are keen that diagnosis rates and times improve. Public awareness of coeliac disease is slowly improving, and we hope to help this in a small way.

As myself (Julia) and two daughters who both have coeliac disease, speak English and Welsh, we can do interviews in both languages - two for the price of one! We've been on BBC and ITV local TV and radio news, on BBC Radio Cymru and S4C Welsh-language news programmes. We've also had our family story featured in in the South Wales Echo newspaper.

The girls are both studying drama and doing media interviews is a great experience of public speaking. It has been good for them to "give something back" in hopefully being a part of helping others to get diagnosed. Everybody's experience with coeliac disease is different. The more numerous and varied stories published, the more different people will be able to relate to them.

Being a media case study is very enjoyable and highly recommended! We've learned along the way a little of how the media works. Sometimes interviews have been cancelled, or been recorded and then not used, but hey, that's showbiz! We know now not to expect anything until we actually hear or see it, and to not mind too much about this. Finally, interviewers will ask lots of questions, then only use small snippets. You have to be willing to be heavily edited and, like a politician, to get your key messages across, whatever the question. That way it's difficult for them to completely lose your point on the cutting room floor!" 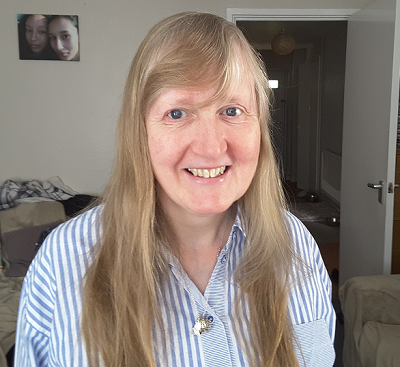 "I decided to put myself forward as a potential case study because I am still amazed that it took so long for me get a diagnosis. I thought there might be other people around my age who may be experiencing the same symptoms and I hoped to spread the message to as many people as possible that you are never too old to get a diagnosis! I also wanted to encourage health professionals to consider coeliac disease as a cause for long term symptoms.

I saw a post on Coeliac UK’s Facebook page asking for people who had been previously diagnosed with IBS before they had had their coeliac disease diagnosis. I was then asked to answer some basic questions on the case study form on Coeliac UK’s website. Shortly afterwards, someone from the charity arranged a time to call me for a chat so I could discuss my story in more detail and also the kind of media opportunities I would be happy to be involved in.

It was all a bit of a whirlwind for a few months! I did a TV interview for ITV but alas due to sound issues only around 10 seconds was broadcast and a live radio interview with my local BBC radio. A short piece about my story was featured on Coeliac UK’s Facebook page, and I was also quoted in Healthy Food Guide, a national health magazine.

Another journalist who wanted to write an article for a women's magazine about coeliac disease also interviewed me, but despite initial interest, alas no article was published as the editor changed her mind – but unfortunately that can sometimes be the case with the media but it was frustrating as I’d spent some time speaking to her about my diagnosis journey.

However, I was really glad that I did put myself forward to be a case study as I feel that I achieved something positive and it made me feel useful and that I might be helping other people learn a bit more about coeliac disease. I would certainly recommend it as a worthwhile endeavour, a way of giving something back to Coeliac UK and hopefully encouraging people to go and ask their GP to be tested." 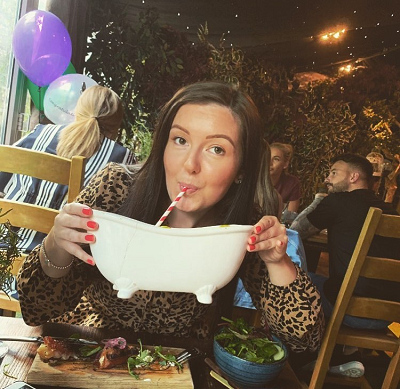 "My life had hit a big brick wall and I found myself in such a rut I decided to do something about it. At first, I set up a gluten free blog page on Instagram called GlutenfreeTash, which I absolutely love.

I realised I wanted to help people, to share my story to make others aware and think “oh that sounds like me.” I messaged Coeliac UK’s Facebook page and I was sent the link to the case study form to complete. Shortly after, I was called by someone at Coeliac UK to discuss my diagnosis journey and find out what kind of publications I would be happy to be featured in. It was so exciting!!

I was incredibly lucky that Coeliac UK arranged for me to be interviewed by The Sun newspaper. This was amazing as the paper is so well known. It was a great place to raise awareness as so many other case studies were featured struggling with their own battles. So it felt the right place for me to be sharing my own battle with coeliac disease.

I thoroughly enjoyed the whole experience being able to talk about my struggles pre diagnosis and now living with coeliac disease. Life was not easy before, so I hope talking about my story and raising awareness will help people relate and for those close to people with coeliac disease to understand what we go through.

I would definitely recommend being a case study - my experience was brilliant and I enjoyed every minute of it! I was so well looked after, and my feelings were always taken into consideration. It’s a great way to get involved in the coeliac community and it has made such an impact on my life for the better. I loved how something so negative in my life has been turned into something so positive."

So why not tell your story and help us raise awareness.