What are gluten related neurological symptoms?

The most common neurological symptoms in people with coeliac disease or gluten sensitivity are ataxia and neuropathy. Ataxia includes clumsiness, loss of balance and uncoordinated movements leading to a tendency to fall and slurred speech. Neuropathy causes numbness and tingling, usually affecting feet and hands, but it can affect other parts of the body. Other neurological symptoms can include headaches, sometimes associated with “foggy brain”, slow thinking and cognitive difficulties. Gluten related neurological symptoms can exist even if there is no gut damage.

Cerebellar ataxias happen for many different reasons including your genetic make up. In a study of 1,500 patients at a UK ataxia centre, one in five patients had a family history of ataxia, while the remaining 80% did not. The most common cause of ataxia with no previous family history was gluten ataxia (25%).

Symptoms of neuropathy can include decreased or loss of feeling, difficulty using arms, hands, legs and feet, tingling, numbness, burning and pain in any area of the body.

The most common form of neuropathy in people with coeliac disease involves both the motor and sensory nerves (sensorimotor axonal peripheral neuropathy) but other types of neuropathies have also been reported (eg pure sensory neuropathies).

Encephalopathy is a general defect in the way the brain is working and can cause symptoms such as severe headaches, brain fog, slow thinking and cognitive difficulties such as memory loss. The damage to the brain can sometimes be seen in images generated by an MRI scanner.

How common are neurological conditions in people with coeliac disease?

In a study of patients with newly diagnosed coeliac disease, who had gone to a gastroenterology clinic, around three out of five had neurological symptoms including severe headache (42%), balance problems (24%) and sensory symptoms (12%). 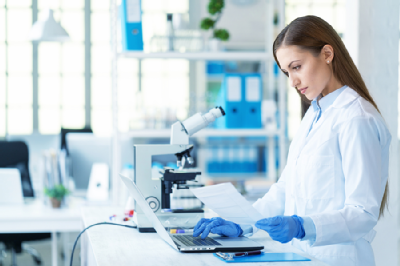 Whilst antibody tests such as tissue transglutaminase (tTG2) and endomysial antibodies (EMA) are the specific antibodies for diagnosing coeliac disease, they may not be useful in identifying patients with gluten related neurological conditions. In these patients anti-gliadin antibodies may be a useful marker.

Coeliac UK funded research has identified another antibody, tTG6, which seems to be particularly associated with gluten related neurological conditions. This is a very exciting development which may allow more people to be accurately diagnosed and treated. At present, the tTG6 antibody test is only available at the Sheffield Institute of Gluten Related Disorders (SIGReD), where research is ongoing. However there are plans to introduce the test to the NHS in the future.

People with gluten related neurological symptoms are, on average, diagnosed almost 10 years later than those who have gut symptoms: 53 years old compared to 44 years, respectively.

This later diagnosis is probably due to the lack of recognition of the wide range of gluten related symptoms which don’t involve the gut. If you have the typical gastrointestinal symptoms of coeliac disease then chances are, you will be diagnosed and treated earlier than someone who only has neurological symptoms.

Just like in coeliac disease with more common symptoms, the treatment is a lifelong strict gluten free diet. It is important to get on the diet as quickly as possible and stick to it, because the longer the symptoms go untreated, the more likely there will be no or limited improvement in the condition. When there is gluten related neurological damage the gluten free diet can make a difference but may not always reverse the damage to the nervous system.

What to do if you think you have neurological symptoms

If you have unexplained or undiagnosed neurological symptoms and are concerned, in the first instance, you should speak with your GP who may carry out some blood tests and can refer you to a neurologist.