Here we answer some of your questions on genetics and coeliac disease:

What is an HLA gene?

What is the HLA type associated with coeliac disease?

What does being DQ positive mean and how does it help cause coeliac disease?

Could I have coeliac disease and not have one of those HLA types?

While there are HLA types other than those listed above, it would be rare for someone medically diagnosed with coeliac disease not to have one of these HLA types. It’s thought to be less than 1%. Because the other DQ types are so rare, it’s not cost effective to check for absolutely every one that’s been identified. That’s why a negative DQ typing result is very good, but not perfect, in ruling people out of risk categories.

What percentage of the general population have the coeliac disease genetic type?

Up to 40% of the general population also carry these DQ types – they are very common.

What happens to most of the people in the population with a positive DQ type?

Most people with the positive HLA-DQ type will never develop coeliac disease. There are other genes (not in the HLA system) that have been shown to be linked to coeliac disease and that are thought to be important in those who eventually develop the condition but we don't yet know their relevance. We need more research in this area to improve our understanding.

What is an 'at risk group'?

Guidance from BSPGHAN and NICE reports that certain groups are more likely than the general population to have coeliac disease. On average, around one in 20 (5%) of people in some at risk groups might develop the condition. It has been suggested that having the DQ type checked early on in a screening process might be helpful in some of those patients. 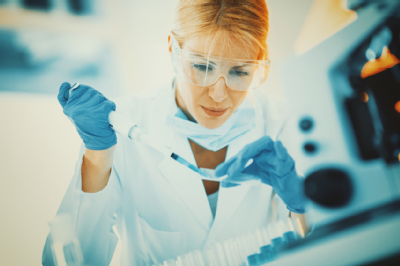 The BSPGHAN guideline states that DQ testing should be considered for children without symptoms who have Type 1 diabetes, selective IgA deficiency, Down's, Turner or Williams' syndromes, autoimmune thyroid and autoimmune liver disease, patients with unexplained raised liver enzymes and first degree relatives of people diagnosed with coeliac disease. The NICE guideline recommends these at risk groups are given blood tests for the antibodies associated with coeliac disease and does not provide specific recommendations about DQ testing for these at risk groups.

How do I get tested? Is it a test that I can get through my GP?

HLA-DQ typing is done by a coeliac disease specialist such as a gastroenterologist or paediatrician and advice is usually given through the hospital teams dealing with patients with coeliac disease or with colleagues who follow at risk groups.

My child has Type 1 diabetes, our doctor says they should have the HLA-DQ test to rule out coeliac disease if the result is negative. What are the chances of this?

The BSPGHAN guideline for the diagnosis and management of coeliac disease in children recommends children with Type 1 diabetes are tested for their HLA-DQ type. Since the publication of the guideline in 2013, there have been two studies (one from the Netherlands, the other from Scotland) which show that the chances of being negative for the DQ types associated with coeliac disease ie DQ2.5, DQ8 or DQ2.2 are less than 10%.

If first degree relatives of someone diagnosed with coeliac disease are tested for the associated DQ types it is likely only around 15% will be negative.

However, for children with Down's syndrome, around 50% will have a negative DQ test so the number we can take out of screening is much higher.. For other at risk groups like Turner and Williams’ syndrome, thyroid disease and other at risk conditions, we currently do not know the real usefulness of DQ testing.

If a DQ type is positive, dependent on what the result is, it is possible to give a relative risk for developing coeliac disease, for example high, moderate or low.

I definitely don’t have coeliac disease but have been tested and told I am DQ 2 and 8 negative?

This is a very helpful result. A negative DQ type virtually excludes someone from having coeliac disease in their lifetime (less than 1% chance).

I don’t have coeliac disease but it looks like I have the HLA-DQ genes? What’s my risk of developing the condition?

Clearly if you have tested positive for HLA-DQ and have symptoms, the standard antibody blood test for coeliac disease is very important in helping make a diagnosis and you must continue to eat gluten during the testing process.

For those who are DQ positive and who want to know how much they are at risk, the chances of coeliac disease compared to the general population have been detailed as: highest risk is two copies of DQ 2.5, then one copy of DQ2.5 (high), followed by DQ8 (moderate) and DQ2.2 (lowest).

Your risk is also determined by the rate of coeliac disease in any at risk group you may belong to (see earlier question on 'what is an at risk group?').

Some people who are positive for HLA-DQ will have reports that they have combinations of the DQ types, for example DQ2.5 / 8, DQ8 /2.2, etc. The reason for this is we potentially get two copies of the gene from our parents – those who have, for example two copies of DQ2.5, ie DQ2.5/2.5 are known as homozygous. If you just have one copy such as DQ2.5/- you are called heterozygous.

Remember, having the genetics does not mean that you have coeliac disease. For someone who doesn’t have the condition but feels compelled to have the test, the only really helpful DQ test result is a negative one as that means you are very unlikely to ever develop coeliac disease.

I am already diagnosed with coeliac disease – should I be tested now or in the future?

Currently there is no point in knowing your DQ type if you have coeliac disease as it will make no difference to what you do – gluten free living is the only proven treatment at this point in time.